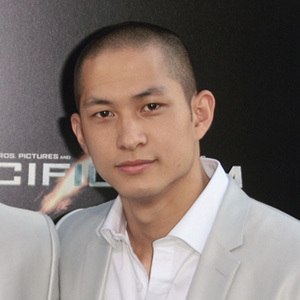 Actor known for being one of the Luu Triplets, three Chinese-Canadian identical triplets known for their appearance in 2013's Pacific Rim. They played the Wei Tang Triplets who operated the Crimson Typhoon robots.

He was talent-spotted along with his brothers as a teenager by a modeling agency scout in a McDonald's. They started booking regular modeling gigs and commercial work, including a Super Bowl spot.

They missed their first audition for Pacific Rim because it conflicted with their university exams. Luckily they were able to audition at another time and were cast.

His brothers' names are Lance and Charles and they were born in Toronto, Canada.

Their first major role was in a music video for Jared Leto's band 30 Seconds to Mars.

Mark Luu Is A Member Of