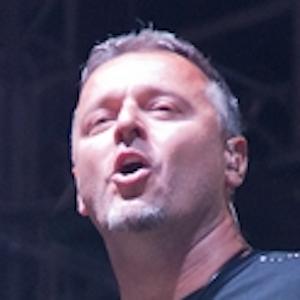 He joined the Croatian National Guard to fight in the Croatian War of Independence. He began hosting concerts in 1992 throughout Croatia and released his first album that same year. He earned further recognition in September of 2002 when he performed at the Poljud Stadium in Split.

He was received in an audience for Pope Benedict XVI in December of 2009.

He was born in Cavoglave which at the time was SR Croatia, SFR Yugoslavia where he rarely saw his father.

He is known for having performed alongside Danijela Martinovic in the mid 1990s.

Marko Perkovic Is A Member Of