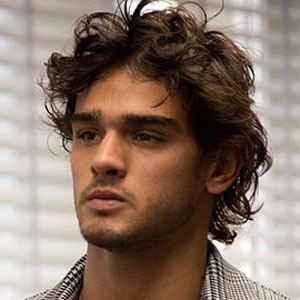 Brazilian model who has walked in numerous fashion shows for companies like Dolce & Gabbana, Emporio Armani, and Roberto Cavalli and became the face of the Diesel fragrance Diesel Fuel for Life Denim Collection in 2011.

He started his career after his grandmother introduced him to the owner of Way Model Management.

He was a part of Philip Kirkorov's video clip called Snow.

He comes from a family of Portuguese, Japanese, and Amerindian descent.

He appeared in W magazine with actress Ginnifer Goodwin.

Marlon Teixeira Is A Member Of