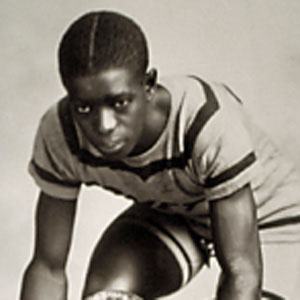 He competed in his first amateur cycling event at 13, and won his first at age 15 - facing 'hoots' because of his race.

Facing strong discrimination at home, he chose to begin his racing career for Austria and New Zealand, beating the champions of Europe in many of his 40 wins.

He was born on a farm in rural Indiana, his father Gilbert Taylor was a Civil War veteran.

He could be called the Jackie Robinson of cycling, breaking the color barrier of a previously all-white sport.

Marshall Taylor Is A Member Of