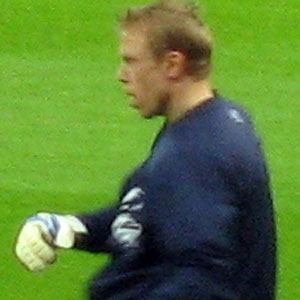 Dominant goalkeeper who won his sixth Estonian Footballer of the Year award in 2003.

He made his professional debut at age 17 after playing in the Tallinna Lovid youth system since age 7.

He earned 120 international caps in 18 seasons with Estonia's national team.

He had two sons, Markus and Andreas, with his wife Lissel Poom.

Mart Poom Is A Member Of