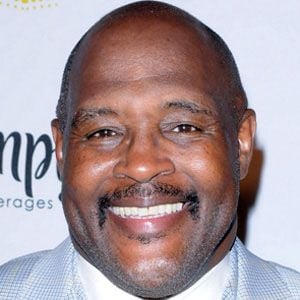 Gospel singer famous for albums like 2001's "Friends". He is also known for his role on the sitcom "Tyler Perry's House of Payne".

He and three of his brothers sang in the family band The Testimonial Singers during the 70's.

He was nominated for a Grammy for Best Contemporary R&B Gospel Album for his 2007 album "Alone But Not Alone".

He is the fourth of ten children born to his parents.

He provided the eulogy at the funeral of famed R&B singer Whitney Houston.

Marvin Winans Is A Member Of