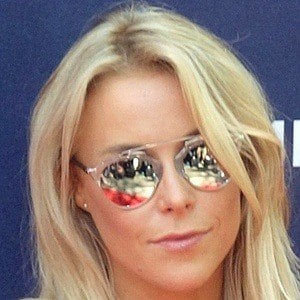 Fashion blogger and founder behind the widely successful blog Happily Grey, which shares her personal style and life in Nashville. She has collaborated with known brands such as French Connection, Kate Spade and Nordstrom. She was featured in Refinery29, Urban Outfitters and the Nashville Scene.

She began her blog in 2012 as a creative outlet to give her a break from her job as a nurse in the cardiovascular ICU and went full-time two years later.

Her blog has drawn over 200,000 unique readers to the site as well as accumulated over 60,000 Instagram followers, which is an extension of her blog.

She grew up in Houston Texas, but later resided in Nashville, Tennessee. She studied nursing at Vanderbilt where she met her now husband who was a surgery resident at the time.

She and Aida Domenech are both bloggers who are known for their daily fashion and style tips.

Mary Seng Is A Member Of