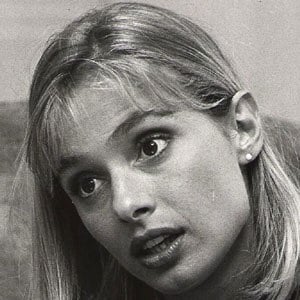 She became known as the Bond girl Kara Milovy in the 1987 film The Living Daylights.

When she was eleven she studied acting and modeled in commercials.

She made her debut acting appearance as a French au pair turned alien in the 1982 film Xtro.

She played the mother of Keira Knightley in the 2002 film Doctor Zhivago.

Maryam d'Abo Is A Member Of