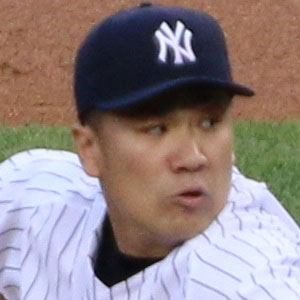 Japanese starting pitcher who starred in the Nippon Professional Baseball League with the Tohoku Rakuten Golden Eagles from 2007 to 2013 before signing a 7-year, $155 million contract to join the New York Yankees in 2014.

He developed a high-80s fastball and tough slider while pitching at Komazawa University Tomakomai High School.

During his time in the NPL, he was selected to 5 consecutive All-Star games, named 2007 Pacific League Rookie of the Year with the Golden Eagles, given the Eiji Sawamura Award for the NPL's top pitcher twice, and he also helped lead the Golden Eagles to a Japan Series Championship in 2013.

At the time of his signing, his contract ranked as the 5th largest contract for a pitcher in MLB history. The first place spot had been claimed by Clayton Kershaw earlier in the same offseason when the Dodgers locked him up for $215 million.

Masahiro Tanaka Is A Member Of