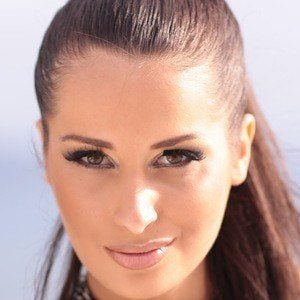 Vocalist best recognized as the face of the Croatian pop trio Uciteljice. The group has become known for hit singles like "Generale" which earned upwards of 40 million views after it was posted in December 2014.

Uciteljice was first formed in March 2014. They then introduced themselves in the April YouTube video "Učiteljice & Jasmin Stavros - NEMA NATRAG - Najava."

Some of Uciteljice most popular singles include "Luda kuća" and "ŠOK." Each song's official YouTube video has earned millions of views a piece.

Her boyfriend's name is Dario Keser.

Matea Tisaj Is A Member Of