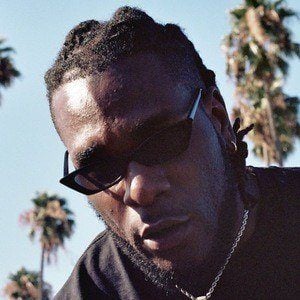 Nigerian vocalist and songwriter known for Afrobeat, reggae, and dancehall albums as L.I.F.E. and Burn Notice. He was the recipient of a 2013 Nigeria Entertainment Award.

He rose to fame after releasing a May, 2012 single titled "Like To Party."

His most popular tracks include "Tonight" and "Run My Race."

Born Damini Ogulu, he was raised in Rivers State and Lagos State, Nigeria. He and rapper Stefflon Don began dating in January 2019.

He released an alternate version of the song "Hey Boy" by Sia that was featured on her album Music - Songs from and Inspired by the Motion Picture as a bonus track.

Burna Boy Is A Member Of