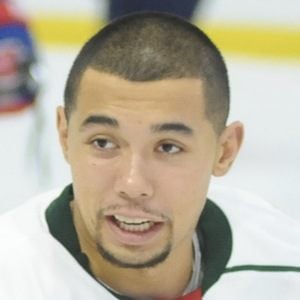 NHL defenseman who was taken seventh overall by the Minnesota Wild in the 2012 draft. He made his NHL debut a year later, appearing in the 13 games during the 2013-2014 season.

He played his major-junior hockey with the Red Deer Rebels and won the Jim Piggott Memorial Trophy in 2011 as the WHL's top rookie.

He attended the Edge School for Athletes. He won a bronze medal at the 2012 World U18 Championships.

He was born in Regina, but grew up in Calgary. He's of Filipino and German descent.

He and Jared Spurgeon have played together on the Wild.

Matt Dumba Is A Member Of