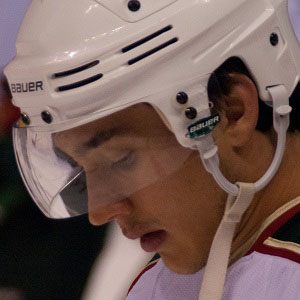 Canadian defenceman who made his NHL debut with the Minnesota Wild in 2010. He previously spent several years with the Spokane Chiefs in the Western Hockey League and the Houston Aeros in the American Hockey League.

He was born in Edmonton, Alberta and began playing for Spokane in 2005.

He won the Memorial Cup with the Spokane Chiefs in the Western Hockey League.

He has children named Zachary and Colbie.

He has played alongside fellow Canadian Matt Cooke in Minnesota.

Jared Spurgeon Is A Member Of