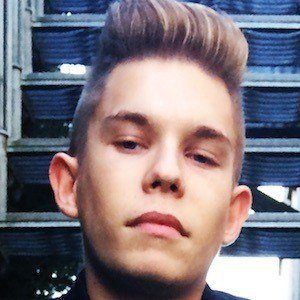 French DJ and producer whose most popular tracks include "Supertaper," "Late Night" and "Shift." His 2015 EP Going Down/Hyperspace was one of the most popular releases on Beatport that year.

He began DJ'ing other people's songs at age eight and was producing his own music by thirteen.

Iconic electronic pop act Depeche Mode used one of his tracks as their regular pre-show track during their Delta Machine Tour.

His brother introduced him to hardcore techno.

He has released music on the mau5trap label owned by Deadmau5.

Matt Fax Is A Member Of