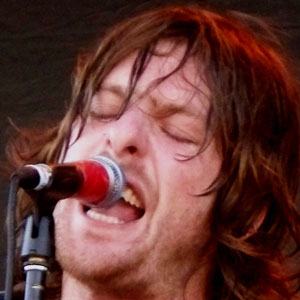 Canadian rock singer most famous as a solo artist and as the frontman for the now-defunct band Matt Mays & El Torpedo. He is perhaps best known for his single with El Torpedo "Cocaine Cowgirl," which the band performed on Late Night with Conan O'Brien in 2005.

He was originally a member of the indie rock band The Guthries, who released two albums in the early 2000's.

He and El Torpedo took home several awards at the 2006 East Coast Music Awards, including Group of the Year, Album of the Year and Single of the Year.

He was previously engaged to be married.

He and El Torpedo toured as an opening act for Kid Rock in 2008.

Matt Mays Is A Member Of