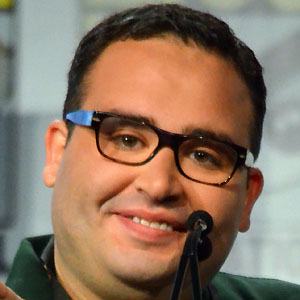 Most Popular#171019
Comedian Born in Massachusetts#34

Stand-up comic and who has been a co-host of The Nerdist Podcast since 2010. In 2013 he became a writer for the Chris Hardwick hosted @Midnight on Comedy Central.

He worked as an Apple Genius while producing the Comedy and Everything Else podcast.

He appeared in a video of himself being run over by a golf cart, which was featured on TV shows like tosh.0.

He became co-host The Nerdist Podcast along with Chris Hardwick in 2010.

Most Popular#171019
Comedian Born in Massachusetts#34

Matt Mira Is A Member Of