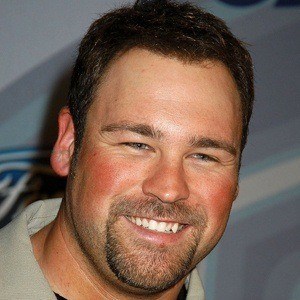 Versatile television host known for his work on Hallmark's Home & Family, USA's Summer Camp, and GSN's Beat The Chefs. He is perhaps most well known for hosting the Lifetime docuseries Coming Home.

He completed his bachelor's degree in business communications from the University of Washington. While there, he played as an offensive lineman and competed in the 2001 Rose Bowl championship.

Outside of his hosting career, he is a singer-songwriter. He wrote and performed the theme song for the show Coming Home on Lifetime.

He and his wife Teri Himes have three children, Brayden, Mason, and Samantha.

He first rose to fame in 2004 competing on the third season of American Idol. He was one of the top twelve finalists alongside winner Fantasia Barrino.

Matt Rogers Is A Member Of