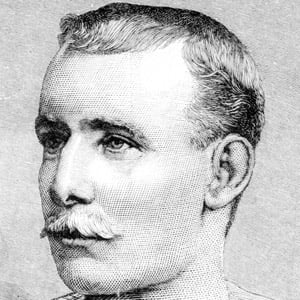 Swimmer who on August 25, 1875 became the first documented person to swim the English Channel without artificial aid.

He was second mate on a ship, and won the Stanhope Medal for heroically jumping in the ocean in an attempt to save a drowning crew member.

Swimming the English Channel brought him great fame, which he used to publish a book, titled "The Art of Swimming."

He married Madeline Kate Chaddock on April 27, 1880, and had two children, Helen and Matthew with her; they were married until his death.

He is the subject of a John Betjeman poem, titled "A Shropshire Lad."

Matthew Webb Is A Member Of