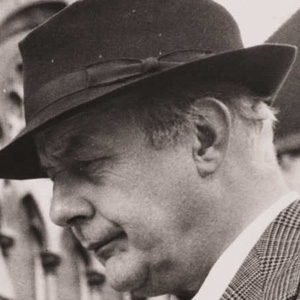 Twentieth-century British poet and journalist whose works include Summoned By Bells and New Bats In Old Belfries. He was also a founder of the Victorian Society.

His family owned a business that produced Victorian-style furniture and household decorations.

He became the Poet Laureate of England in 1972, following the 1966 publication of High and Low, his eighth collection of poetry.

He married Penelope Chetwode, with whom he subsequently had two children.

He resented his Oxford University tutor, C.S. Lewis, for not believing in his capacity for academic success; indeed, Betjeman failed his courses and dropped out of college.

John Betjeman Is A Member Of