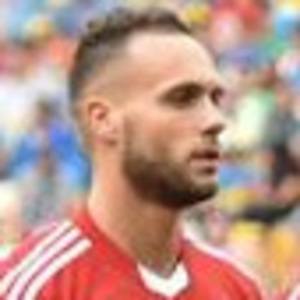 French defender who has played for New York City FC in the MLS. He scored his first goal for the Luxembourg national team playing in the FIFA World Cup in 2014. He has also played for club teams such as WS Woluwe, Beerschot AC, and K.V. Kortrjk.

He started his youth career with AS Nancy in 2005.

He has made 19 appearances for the Luxembourg national team as of 2016.

He was born in Nancy, France. He has played soccer professionally in England, France and Belgium.

He made his debut for NYC FC as a halftime substitute for Jefferson Mena in July 2016.

Maxime Chanot Is A Member Of