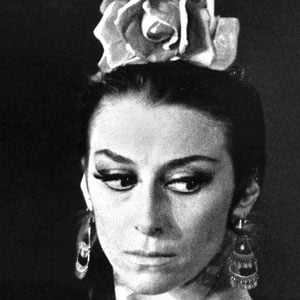 Russian ballerina considered by many as one of the most gifted ballet dancers of the 20th century.

When she was a young child, she was sent to train under the great Elizaveta Gerdt.

In 1984, she was presented with the Commander of the Order of Arts and Letters Award.

She married Rodion Shchedrin in 1958.

She was named the Bolshoi Theatre's prima ballerina assoluta, the title given to the most notable female ballet dancer in a theatre, after the retirement of Galina Ulanova.

Maya Plisetskaya Is A Member Of