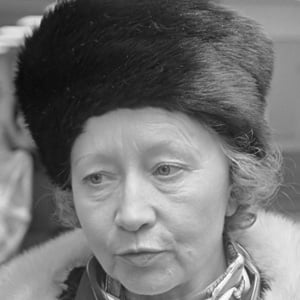 Acclaimed Russian prima ballerina of the twentieth century. She performed with the Bolshoi Ballet and the Marinsky Theatre and became known for her roles in such famous pieces as Giselle, Swan Lake, and Romeo and Juliet.

She was inspired by her mother, who was also a ballerina.

She received four Stalin Prizes and a Lenin Prize and earned the prestigious title of People's Artist of the USSR.

She premiered the title role in Sergei Prokofiev's Cinderella ballet.

Galina Ulanova Is A Member Of