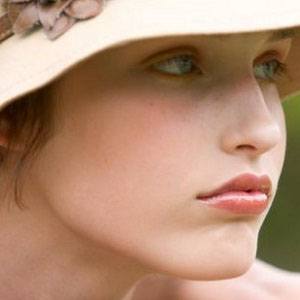 American model and reality television contestant. She was the eleventh-cycle champion of America's Next Top Model.

She studied biology and government at Ripon College in Wisconsin. She began her modeling career with Elite Model Management.

Her win on America's Next Top Model resulted in a Seventeen magazine cover shoot and a CoverGirl contract.

She and her two brothers and one sister grew up in Lake Forest, Illinois as the children of Gayle and Michael Sullivan. She married martial arts enthusiast Sam Alvey.

She and fellow America's Next Top Model winner Jaslene Gonzalez were two of the show's only contestants to never place in the bottom two.

Mckey Sullivan Is A Member Of