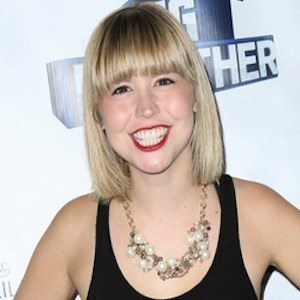 Contestant on the seventeenth edition of the CBS reality series Big Brother. She became the first replacement nominee to survive eviction that season.

She played both hockey and baseball in high school, mainly as a way to flirt with boys.

While competing on Big Brother, she was working as a server.

She grew up in New Jersey before taking residence in New York City.

She won a luxury competition where she earned the prize of going on a cruise with NFL star Rob Gronkowski.

Meg Maley Is A Member Of