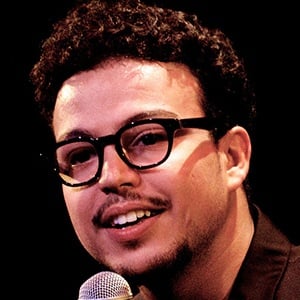 Comedian who joined VRAK TV's series Med in January 2015. He has over 1,000 followers on his mehdibousaidan Instagram account.

He took part in the Couscous Comedy Show and then graduated from the National School of Humor in Montreal.

He competed in the World improvisation 2013 in Belgium where his team was named the world champion.

He posted a photo of him and his girlfriend together on Valentine's Day 2018.

He and Rachid Badouri have both competed in the Just For Laughs comedy festival.

Mehdi Bousaidan Is A Member Of