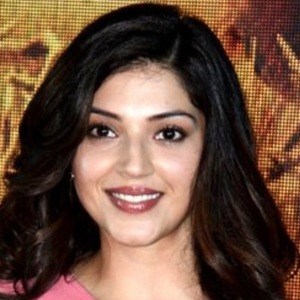 Movie actress who appeared in the Telgu films F2 - Fun and Frustration, NOTA, and Pantham in 2018. She has over 2.3 million followers on her Instagram account.

She made her on-screen debut in the Tollywood film Krishna Gaadi Veera Prema Gaadha in 2016. A year later, she made her Bollywood debut with Phillauri.

Her brother is actor and model Gurfateh Singh Pirzada.

She and Sai Dharam Tej both appeared in the film Jawaan.

Mehreen Kaur Pirzada Is A Member Of