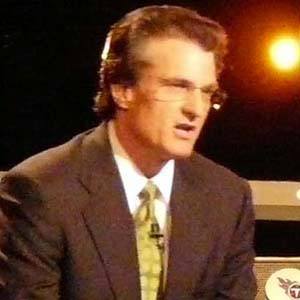 Football expert who became the leading analyst for ESPN's NFL Draft coverage in 1984.

He began writing his own amateur draft reports in the 1970s.

He became known for his Big Board coverage, ranking the top 25 college football players weekly.

He did voice acting work with John Madden for the video game Madden '08.

Mel Kiper Jr. Is A Member Of