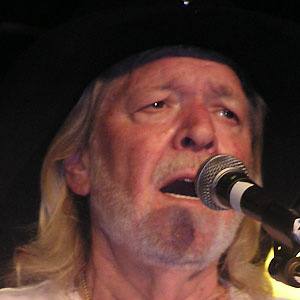 Country singer who scored a #1 hit with "Baby Got Her Blue Jeans On" and recorded the hits "Stand Up" and "Big Ole Brew."

He began singing in his early teens and toured clubs around Oklahoma, Kansas, and, for two years, Alaska.

He consciously stayed away from ballads or breakup songs, saying in interviews that his audiences did not want to hear depressing music.

He grew up in a small town in McIntosh County, Oklahoma and his father was a truck driver.

One of his best-known songs was a cover of Chuck Berry's hit "Let it Roll (Let it Rock)."

Mel McDaniel Is A Member Of