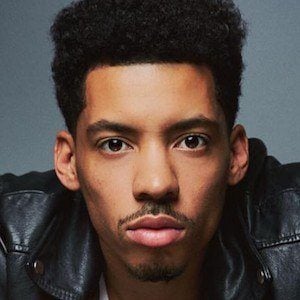 Actor and social media star who first gained recognition for his Vine videos. He became a top 100 personality on Vine, earning over 3 million followers.

He was acting before Vine came into existence, appearing in 4 episodes of a show called Whatever, the Series in 2011 and 2012. He landed roles in the feature films Alpha House and A House Is Not a Home. In 2017, he began starring in American Vandal on Netflix.

He has over 2.7 million followers on Instagram as well as a strong presence on YouTube for his videos.

He is originally from Portsmouth, Virginia. He has a younger sister.

He collaborated with top Viners such as Curtis Lepore, Anwar Jibawi, Logan Paul, and more.