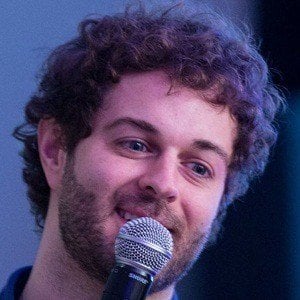 Top 10 most popular Viner who earned over 9 million followers. He was averaging more than 300,000 new followers per month during the summer of 2014. He also became popular on YouTube with over 700,000 subscribers on his self-titled channel. On his channel he released a music video featuring the WAV3POP rap group.

He attended Syracuse University and was a vocalist for a band called GhostxShip.

He collaborated with some of the biggest names on Vine, such as Christian DelGrosso, Logan Paul, Amanda Cerny, Jerry Purpdrank. He has also been known on his Instagram for posting funny and absurd photos of himself for his over 3.4 million followers.

He was in what was known as Vine's first relationship with fellow Vine superstar Jessi Smiles.

He featured Brittany Furlan in a video called "Me talking to my crush."

Curtis Lepore Is A Member Of