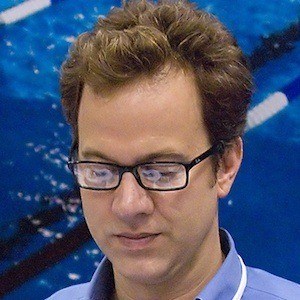 Swimmer who won three medals at the 1992 Olympics: gold in the 200 meter butterfly and 4x100 meter medley, and bronze in the 4x200 meter freestyle.

He swam for the University of Tennessee, where he was a two-time NCAA Champion.

At the time of his retirement he held the record for most national championships in one event, winning 14 titles in the 200 meter butterfly.

He married Tiffany Stewart during his career, and he has a daughter with her.

At the 1992 Olympics he was teammates with Pablo Morales.

Melvin Stewart Is A Member Of