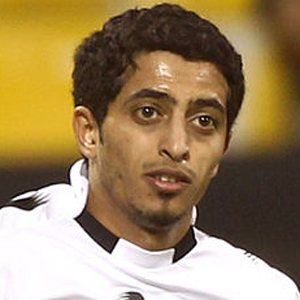 Defender best known for his time with the Al-Shahania Sports Club. He also played for Qatar's national soccer team.

He made his professional debut in a 2003 match.

During the 2010-2011 season he made a total of sixteen appearances with Al-Shahania.

He is originally from Sana'a, Yemen.

Mesaad Al-Hamad Is A Member Of