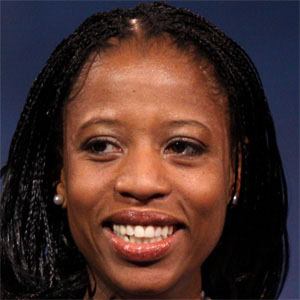 Once the Mayor of the City of Saratoga Springs, Utah, she went on to run for a Utah Republican seat in the United States House of Representatives in both 2012 and 2014.

After earning a degree in musical theater from the University of Hartford, she worked briefly as a Continental Airlines flight attendant.

She was a keynote speaker at the 2012 Republican National Convention.

Raised in New York City by Haitian, Roman Catholic parents, she later moved to Utah and converted to the Mormon faith. Her marriage to Jason Love resulted in three children.

When she ran for a seat in the United States Congress in 2012, she was endorsed by then-Republican Presidential candidate Mitt Romney.

Mia Love Is A Member Of