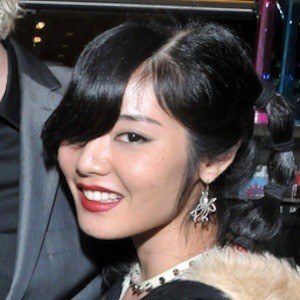 Violinist who has been a member of a number of experimental music bands, including Kayo Dot, Gregor Samsa, and Tartar Lamb. She has also collaborated with acts like Daughters and made appearances in films like Super (2010).

She spent her high school years at the Commonwealth School in Boston, Massachusetts. She later attended Sarah Lawrence College in Bronxville, New York.

She received international press coverage when she decided to post a decade's worth of abusive messages she received on social media to her Instagram account, Perv_Magnet.

Both of her parents are scientists.

She appeared in the thriller The Lazarus Project (2008) with Paul Walker.

Mia Matsumiya Is A Member Of