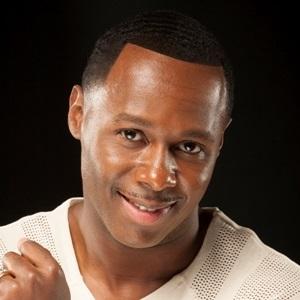 Gospel singer-songwriter and actor whose debut album, The Songbook of Micah, debuted at #3 on Billboard's chart in March of 2005. He won the Stellar Award Gospel Star Search competition in 2004 and was named a 2006 Stellar Award nominee for New Artist of the Year and Male Vocalist of the Year.

From 1994 until 1997, he sang in a Pasadena church before heading back to his father's church music department in Louisiana. He became an assistant minister of music at St. Agnes Baptist Church in Houston in 2003.

He was born the 5th of 8 children to Richard and Delmarie Stampley in Los Angeles and grew up in Baton Rouge, Louisiana. He married Heidi Jones in 1998 with whom he has 5 children of his own.

He appeared on Tyler Perry's television series House of Pain.

Micah Stampley Is A Member Of