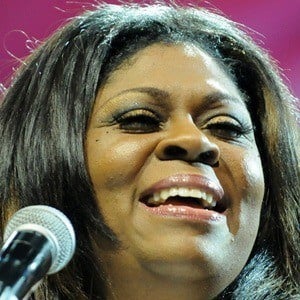 American gospel singer who has collaborated with artists such as R. Kelly. Her album Try Me Again reached the #12 spot on the Billboard Gospel Charts.

She performed her first solo in her church choir at one year old. She sang in youth choirs as a teen and her first album came out in 1995.

In 2017, she made national headlines for homophobic comments that caused her scheduled appearance on Ellen DeGeneres's show to be canceled.

She was married to pastor Joseph Wiley. She has a son named Christian.

In 2008, she collaborated with funk legend George Clinton.

Kim Burrell Is A Member Of