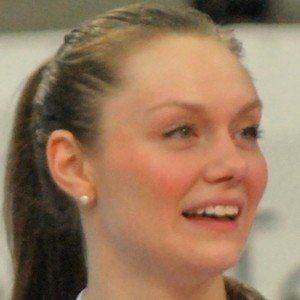 Volleyball player known for her time as a setter for the Penn State University Nittany Lions, where she won two national titles.

She was a standout at Edmond Memorial High School, earning Gatorade Player of the Year honors twice.

While at PSU, she was named All-American three times and Player of the Year in 2014.

She was born to Michael and Kelly Hancock, a former boxer and college basketball player respectively. She has a sister named Kelsey.

She and Megan Hodge, who played at PSU in the late 2000s, both won national titles as Nittany Lions.

Micha Hancock Is A Member Of