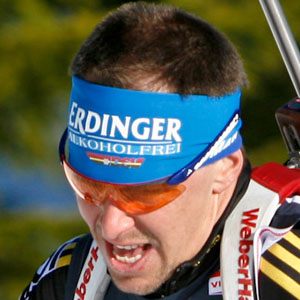 German biathlon competitor who won three gold medals at the 2006 Olympics after beginning his Olympic career in 2002 in Salt Lake City.

He was named German sportsman of the year in 2006.

He won gold at the 2006 Olympics where speed skater Apolo Ohno also took home the gold.

Michael Greis Is A Member Of