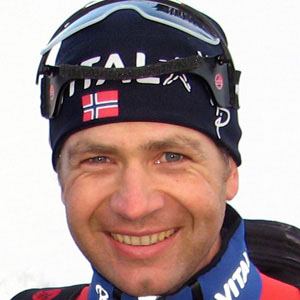 Norwegian biathlete and winner of six Olympic gold medals, four of which he won at the 2002 Salt Lake City games.

He won his first career medal at the junior world championships in 1992.

He competed at the 1994 Lillehammer Olympics, but did not medal.

He competed at the Olympics in 1992, the year Michael Jordan led the Dream Team to gold in basketball.

Ole Einar Bjorndalen Is A Member Of