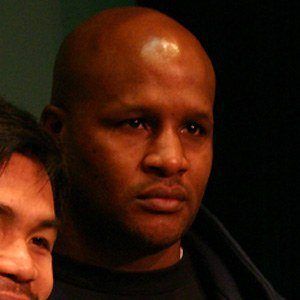 Became the first left-handed world heavyweight boxing champ in 1994. He compiled a career record of 52-4-1.

He grew up in Monessen, Pennsylvania.

In his debut match, he knocked out Adrian Riggs in the first round.

Had a son, Michael Moorer, Jr., with his wife Bobbie.

Although he has not won any gold medals like fellow boxer, Oscar De La Hoya, he is still a very respected athlete.

Michael Moorer Is A Member Of