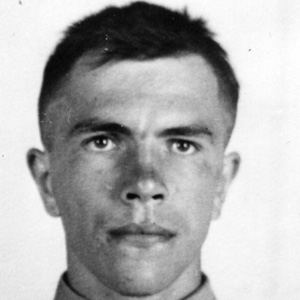 A Marine Sergeant during World War II, he was one of the men in the famous photograph, "Raising the Flag on Iwo Jima."

He served in the Civilian Conservation Corps for eighteen months.

He was the recipient of many awards, including a Purple Heart Medal.

He was born in Jarabina but his family moved to Pennsylvania before he served in the Marines.

Strank was played by Barry Pepper in the movie Flags of Our Fathers.

Michael Strank Is A Member Of