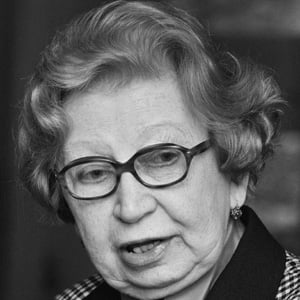 Brave Dutch citizen who helped Anne Frank and her family hide from the Nazis during World War II. She kept Anne Frank's diary safe until Otto Frank returned from Auschwitz in 1945.

She was born in Austria but entered foster care in The Netherlands at age eleven.

She received the Order of Merit of the Federal Republic of Germany in 1994.

She had a son with her husband Jan Gies.

She had been a work colleague of Otto Frank, whose family she helped during World War II.

Miep Gies Is A Member Of