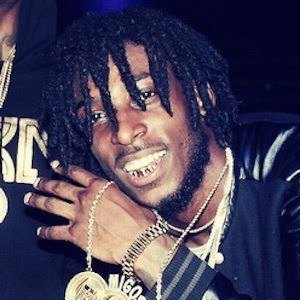 Rapper who is known for his War Ready mixtape. He released it to the Live Mixtapes website on November 16, 2015.

He began posting to Instagram, where he has spread word about his rap career, on February 3, 2013.

He has accumulated more than 150,000 followers to his Instagram account. He surpassed 100,000 views of his mixtape on Live Mixtapes in January 2016.

He has collaborated with his fellow rapper Jose Guapo.

Migo Domingo Is A Member Of