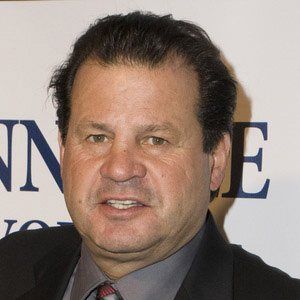 Left winger who represented the United States at the 1980 Olympics and was part of the miraculous underdog victory over the Soviet Union to win gold.

He played hockey at Boston University.

He played for the Philadelphia Firebirds in the AHL.

He was born in Winthrop, Massachusetts. He married Donna Eruzione in 1982 and he and Donna have three children.

Mike Eruzione Is A Member Of