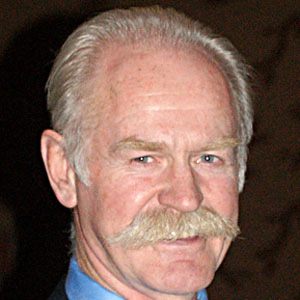 NHL Hall of Fame center who scored over 500 career goals and tallied over 1,000 points. He spent the bulk of his career with the Toronto Maple Leafs and Calgary Flames.

He had three straight 40+ goal seasons in his first three years in the NHL.

When his 1980 trade to the Colorado Avalanche was announced, Toronto Maple Leafs fans reacted with protests outside the stadium.

He grew up the youngest of four children.

He spent much of the 1982-83 season battling with Wayne Gretzky for the title of the league's top goal-scorer.

Lanny McDonald Is A Member Of