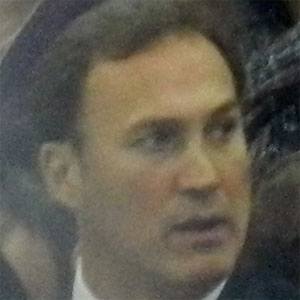 Hockey coach and former player who has been an assistant coach for NHL teams like the Anaheim Ducks and New Jersey Devils. He was previously a winger most famous for his time with the Buffalo Sabres.

He played soccer during his early years growing up in Italy.

During his playing days, after scoring a goal, he would perform a celebratory jump which came to be known as "The Foligno Leap."

His sons Marcus and Nick Foligno both became NHL players as well.

He and Mike Blaisdell are both former first round draft picks of the Detroit Red Wings.

Mike Foligno Is A Member Of