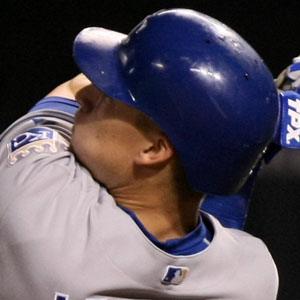 MLB first baseman was the first major professional athlete In the U.S. to test positive for the banned substance HGH.

Batting over .300 in several years of AAA, he was called up by the Mets, and also spent time in Florida before moving to the Kansas City Royals.

He was released by the Rockies after testing positive; he was the first North American athlete to suffer such a fate, but not the first athlete overall.

He married wife Vanessa Jacobs in 2006; the couple had two children.

Mike Jacobs Is A Member Of