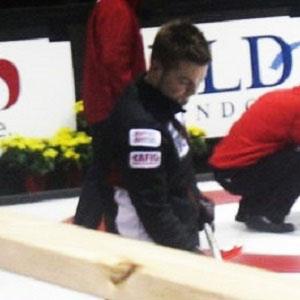 Canadian curler who has won multiple grand slams, including the 2010 World Cup of Curling, and taken home gold at the Winter Universiade. He has been ranked first on the World Curling Tour Order of Merit rankings as well as the WCT money list.

He attended Brandon University and won the first of his two Manitoba Junior Championships in 1998. He later represented Manitoba at the 2001 Canadian Juniors.

Despite his enormous success, he and his team tied a record for consecutive losses in a provincial final, losing each year from 2010 to 2012. They lost in the final once again in 2014.

He was defeated by Jeff Stoughton in the 2010 Manitoba provincial final.

Mike McEwen Is A Member Of