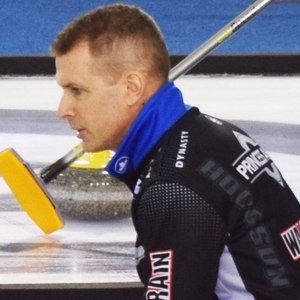 Curler who completed a career Grand Slam, winning The National, the Player's, the Masters, and the Canadian Open.

He had a successful youth career, before making a name for himself by winning a national championship when he was 25.

He competed in the 2009 Canadian Olympic Curling trials in 2005 and 2009, placing second and third, respectively.

He raised three children with his wife Hali Weiss.

He made a cameo in the film Men With Brooms, which was directed by, and starred Paul Gross.

Jeff Stoughton Is A Member Of