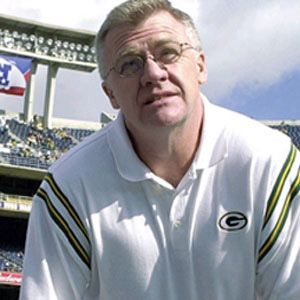 Coach of the Green Bay Packers and the Texas A&M Aggies who led both to championships.

He played solid but not spectacular football seasons in high school and college.

He led the Packers to three divisional titles in five season with the team.

His family members, including his two sisters and two brothers, were devout Packers fans.

He coached the great quarterback Brett Favre on the Green Bay Packers.

Mike Sherman Is A Member Of